Stimulating the Brain without Going into It 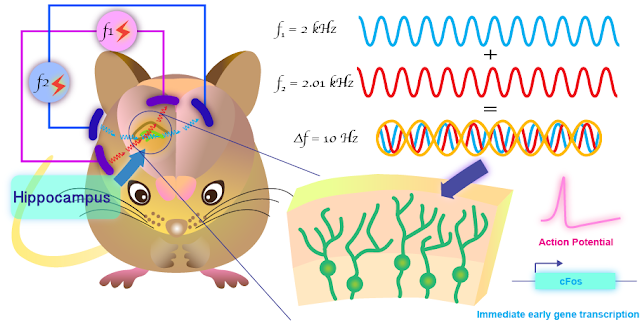 Deep brain stimulation (DBS) by implanted electrodes has huge therapeutic values. For example, the biggest success of DBS is its use in Parkinson’s disease. Implanting electrode into certain brain region by surgery can make it possible to stimulate that region by electrical current and thus alleviate symptoms of this disease like tremor, stiffness and rigidity. However, having a surgery to open one’s skull always seems daunting to everyone. Today, scientists invented a novel technology for noninvasive brain stimulation by temporally interfering electrical fields.

The cell membrane of neural cells has a unique and universal property, which is that it cannot be stimulated by high frequency (>1 kHz) electrical fields. However, when two high frequency electrical fields that differ by a very small amount (like 10 Hz) encounter each other, they will be able to form an envelope of electrical field whose amplitude is exactly the difference (10 Hz) of the original two electrical fields. Luckily on the contrary, the cell membrane property allows neural cells to be stimulated by this lower electrical field. This interesting phenomenon makes scientists wonder whether it could be used to stimulate neurons deep in the brain without triggering other neurons on the surface. Grossman et al. (1) audaciously tested this brilliant idea on anesthetized mice and reported what they found in this issue (6/1/17)’s Cell journal.

Scientists call this new technology temporal interference (TI) stimulation. They first applied it on the surface of anesthetized mice’s skulls and used automated whole-cell patch clamp (one way to record the activities of neural cells) (2) to show that neurons inside the brain can be triggered to fire action potentials (3). Afterwards, they replaced anesthetized mice with plastic cylinders filled with saline to investigate ways to better control the target position and the envelope amplitude of their TI stimulation. With data generated from these modeling experiments, scientists achieved their goal of stimulating neurons in mouse’s hippocampus (a brain region associated with memory formation) (4) but without the overlying cortical neurons, which was shown by immunostaining of immediate early gene (gene which starts to express once the neuron fires an action potential) (5). Furthermore, they even made it possible to elicit the movements of mouse’s forepaws or whiskers without changing the positions of electrodes on the scalp. In addition, they also characterized the safety profile of TI stimulation by staining for several marker proteins of cellular damage and active immune cells, which showed that there was no difference between stimulated brains and un-stimulated ones.

All these findings from this research look rather amazing. We can imagine that in the future if we could use more electrodes to pinpoint much smaller brain regions more precisely, this new technology would have unlimited values in clinics such as treating neurological and psychiatric diseases. Take treatment-resistant depression disorder as example, using TI stimulation could potentially stimulate those brain regions (e.g. hippocampus, amygdala), which are major targets of other mainstream depression treatment (ECT, electroconvulsive therapy) (6), in order to achieve better treatment effects but with fewer side effects. Besides, the fact we learnt from this research that it’s possible to change the amplitude of TI stimulation without changing the electrode positions would be utilized to make wearable equipment for therapeutic brain stimulation.

In the end, scientists are looking forward to speeding up clinical trials of TI stimulation so that it could benefit more people who’re struggling with brain diseases. 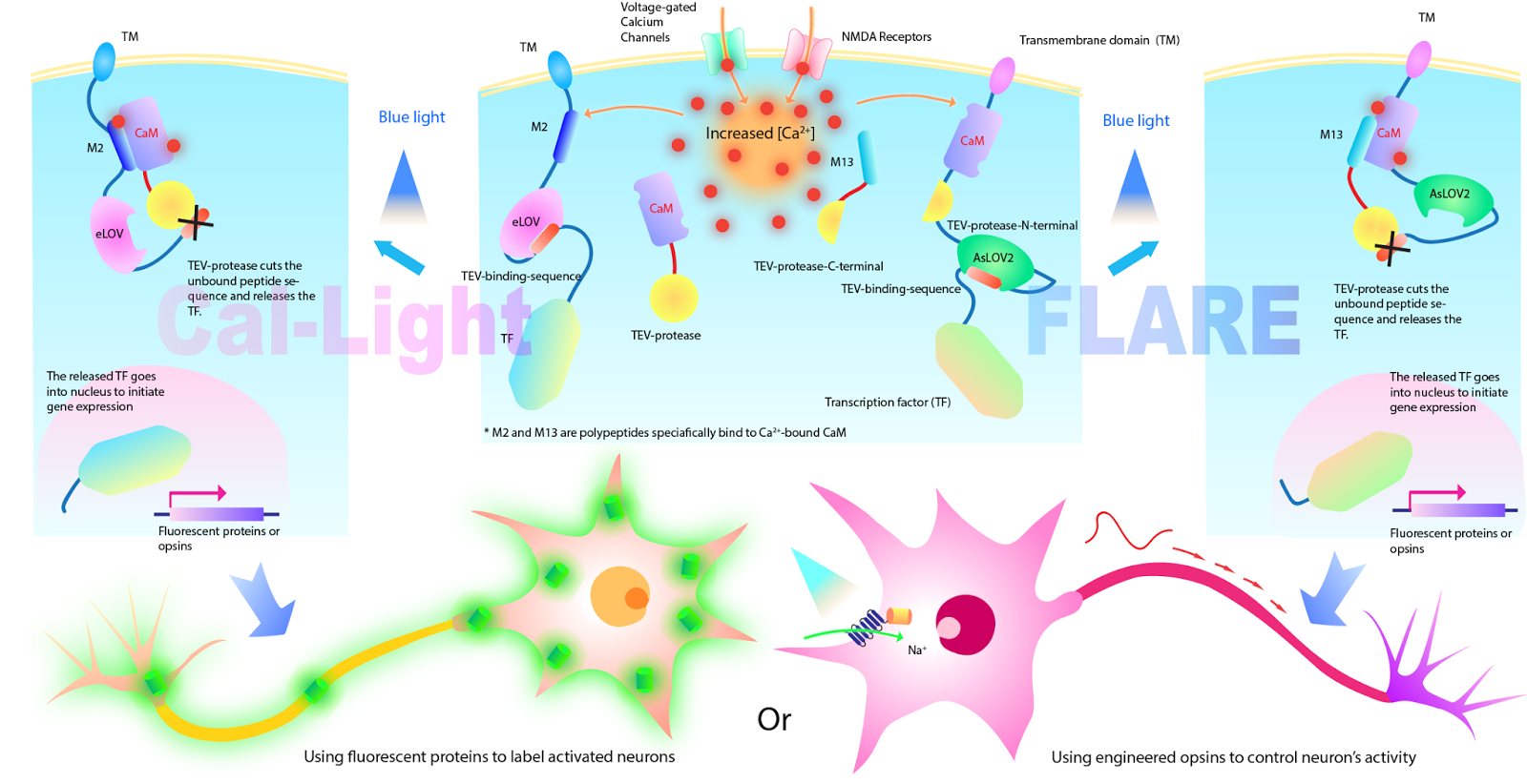 LIGHT AND CALCIUM HELP YOU LABEL ACTIVE NEURONS IN THE BRAIN 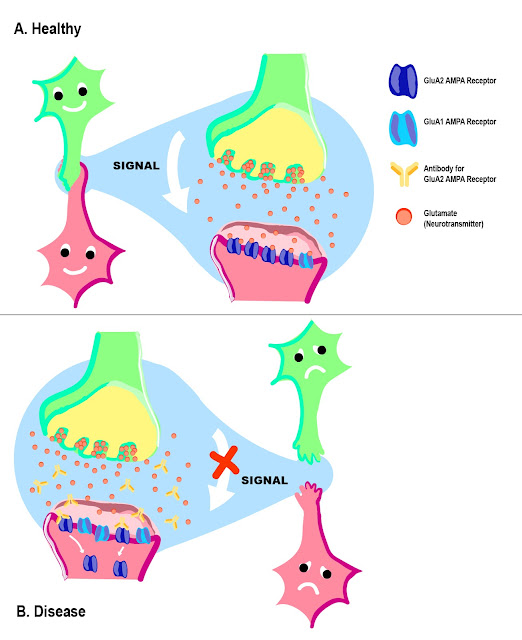